Those committed to a fitness routine take a lot of showers. But how many showers are too many? Here is a look at an excerpt from an article by Dr. Mercola on the frequency of showers. Check out the Tips for Healther Showers at the bottom.

“The average American showers nearly every day, which is, according to a Euromonitor poll, the global average as well. Showering frequency is similar in Spain, France, and India, although in Mexico, the Middle East, and Australia, eight showers a week is the norm.1

This pales in comparison to Colombia and Brazil, where close to 10 and 12 showers are taken each week, respectively. Meanwhile, people living in Japan, the UK, and China shower less frequently, coming in at around 5 showers a week.

It wasn’t always this way. This daily shower, some might say, obsession was virtually unheard of just 100 years ago.

As indoor plumbing became more widespread, it certainly made the ritual of bathing more convenient, but the hygiene ritual most people use today – soap included – is a fairly recent phenomenon.”

The Selling of CLEAN

It wasn’t until the early 20th century, not coincidentally when advertising became prolific, that Americans began to be very concerned about personal hygiene. As Gizmodo reported, the advertising industry created a “need” for newfangled products like “toilet soap” and “mouthwash” where one had never before existed:2

“Americans had to be convinced their breath was rotten and theirs armpits stank. It did not happen by accident. ‘Advertising and toilet soap grew up together,’ says Katherine Ashenburg, author of The Dirt on Clean.

…Even our very notion of ‘soap’ changed. Until the mid-19th century, ’soap’ meant laundry soap, the caustic stuff used for scrubbing soiled linens and clothes.

A kinder, gentler alternative was invented for cleaning the body, and it had to be called ‘toilet soap’ to distinguish from the unrefined stuff. Today, ‘toilet soap’ is a superfluous designation. Toilet soap is simply soap.

Advertisers did not invent a notion of cleanliness out of a vacuum, but they did cannily tap into anxieties wrought by social upheavals in the early 20th century.

As people moved from farm to factory to office, working spaces became where they spent all day with strangers in closer and closer quarters. Men and women began to work together. Women, especially, were a target of ads playing on the theme, ‘Often a bridesmaid, never a bride.’

To this day, there are still discrepancies between how much washing actually occurs in the shower, at least as far as shampooing goes.

Most people do not wash their hair during every shower. In the US, for instance, even though there are close to seven weekly showers, on average, there are only four weekly shampoos.

You’re probably aware of the beneficial bacteria in your gut, but your skin is also teeming with bacteria, including some that might help prevent infections. When you shower, you not only wash away dirt but you also disturb this microbial balance, such that daily showers might ultimately upset your health.

Dr. Richard Gallo, chief of the dermatology division at the University of California, San Diego, told the New York Times:3

It’s widely known that showering too often can strip your skin of beneficial oil, leading to dryness and cracks (especially if the water is hot and harsh soaps are used). However, excessive showering may also make certain conditions, like eczema, worse. Dr. Gallo noted:4

“It’s not just removing the lipids and oils on your skin that’s drying it out.” … It could be ‘removing some of the good bacteria that help maintain a healthy balance of skin.’”

Not to mention, if you’re on city water and you don’t have a filter on your shower, showering is a major source of exposure to carcinogenic chlorination byproducts such as trihalomethanes (THMs). THMs are associated with bladder cancer, gestational and developmental problems.

Just the simple act of showering in treated water, in which you have absorption through both your skin and lungs, may pose a significant health risk to you—and to your unborn child, if you are pregnant.

Numerous studies have shown that showering and bathing are important routes of exposure and may actually represent MORE of your total exposure than the water you drink. So in this respect, cutting back on your shower time would be important to help limit your exposure.

There is a growing minority of people who are bucking the expectation of the daily shower. Some might even call it trendy to wash less often. I happen to be one of them.

I am concerned with washing off beneficial microbes with soap so I restrict using soap to my armpits (rather than use deodorant) and to wash my hands when dirty. Also, I am barefoot most of the day so I wash the soles of my feet every night before going to bed. All this only takes a few bars of soap a year.

Thankfully there is a greater awareness and understanding that beneficial microbes are not the enemy the media has portrayed them to be. The reality is that they are important for our health.

Others cite environmental concerns as their reason for fewer showers, especially water usage. One seven-minute shower uses more water than a bath, and it’s expected that water usage for showers will grow five-fold by 2021.5

Still others are looking to cut back on their use of chemical-laden body washes and shampoos, and note that their skin and hair has never looked better since they’ve cut back on so many showers.6

Remember, it wasn’t long ago that a once-weekly bath was considered the norm. Daily (or more) washing is a relatively recent phenomenon.

Even dermatologists tend to frown on daily showers, especially in hot water and with harsh soap, because of the damage it can do to your skin. According to John Oxford, professor of virology at Queen Mary’s School of Medicine and Dentistry:7

“A vigorous daily shower would disturb the natural bug flora of the skin as well as skin oils… As long as people wash their hands often enough and pay attention to the area of the body below the belt, showering or bathing every other day would do no harm …Even twice a week would not be a problem if people used a bidet daily as most infectious bugs hang around our lower halves… We should wash to stop cross-infection, not for grooming reasons.”

When you shower or bathe, make the water warm but not hot, and try not to linger. If you take long hot showers in the winter, your skin will likely pay the price and you will be exposed to more fluoride than drinking unfiltered tap water for several days along with loads of disinfection byproducts. As soon as you’re done showering, slather on some coconut oil to seal in the moisture. Also, don’t simply shower daily just because you think you should. In most cases, a daily shower isn’t necessary, and a soapy washcloth can be used for touch-ups. Both your body and the environment stand to benefit from using your shower only when necessary.

As the Irish Examiner put it:9

“We lessen the effects of showers — on our body and on the environment — by stepping under them for three minutes instead of ten, by reducing water temperature, and by avoiding harsh soaps and gels that exacerbate skin dryness. But, really, Professor [Elizabeth] Shove, [a sociology researcher at the University of Lancaster], says, ask yourself whether you need to do it before you turn on and step under. ‘We are pouring so many liters of water over ourselves to remove just a few specks of dirt,’ she says. ‘It is an extraordinary thing to do.’” 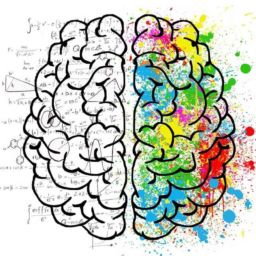 This Is Your Brain on Knitting

Creativity and Healthy Hobbies: This Is Your Brain on Knitting excerpt from article by By Dr. Mercola More than half…